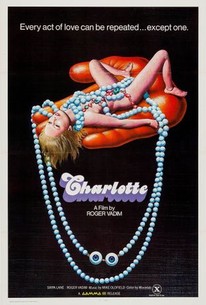 Charlotte is better known by its original French title, La Jeune Fille Assassinee. The film combines Roger Vadim's overriding twin fascinations: eroticism and death. Charlotte (Sirpa Lane) dreams of dying violently while in the throes of an orgasm. This curious desire is the principal motivation for her entering into a life of crime. In addition to directing Charlotte, Vadim also produced, scripted, and played a major on-screen role. ~ Hal Erickson, Rovi

Elisabeth Wiener
as Elisabeth
View All

Sirpa Lane (Charlotte), is everything Karen Black should have been in The Day of the Locust.

There are no featured reviews for Charlotte (La jeune fille assassinée) at this time.