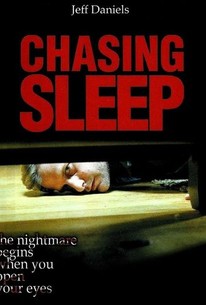 Ed Saxon (Jeff Daniels) is an English professor of some repute whose life is thrown into serious chaos when his wife, Eve, fails to return home one day. After a sleepless night, Ed phones the police, who find no trace of Eve, save her abandoned car. Later Ed, by now exhausted and disheveled, is visited by a young student (Emily Bergl) who is concerned about his absence from class and has stopped by to drop off some food for him. The student has an obvious attraction towards Ed, and he lets her in the house, where she has an accident that results in a nosebleed and a blood-soaked sweater that she leaves behind. Inevitably, detectives come calling on Ed, who is close to a fatigue-fueled nervous breakdown and nearly loses it completely. His fragile state is further exacerbated when he discovers a mysterious object under a chest of drawers, causing him to veer more precipitously towards an all-encompassing emotional collapse.

Ben Shenkman
as Off. Stewart

Kristie Dickinson
as Eve
View All

...A gem well hidden on video store shelves beneath artwork that makes it look like a quick cash-in on the success of What Lies Beneath.

A disappointment from start to finish.

A silly bit of nonsense that is supposed to be art house but ends up being outhouse. Jeff Daniels tries but he can't lift this out of the rubbish bin.

This is just a genuinely strange little ditty. I really enjoyed it and Jeff Daniels is actually pretty good.