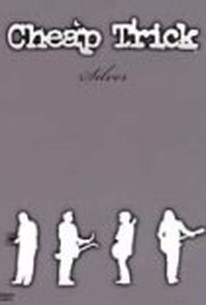 The "Silver" of the title refers to the anniversary the band is celebrating, not their hair color. Twenty five years of rocking good fun is what Cheap Trick has given their fans and it is the reason for this homecoming extravaganza. The rockers return to their home of Rockford, Illinois to perform a 25th anniversary show. Robin Zander, Rick Nelsen, Bun E. Carlos, and Tom Peterson are all there to put the rock in Rockford. Helping them out is an extremely varied guest lineup including Slash, Billy Corrigan, the Rockford Symphony Orchestra, and the Harlem High School Choir. Some of the favorite songs include "She's Tight," "Surrender," "The Flame," and "Dream Police."

There are no critic reviews yet for Cheap Trick: Silver. Keep checking Rotten Tomatoes for updates!

There are no featured reviews for Cheap Trick: Silver at this time.