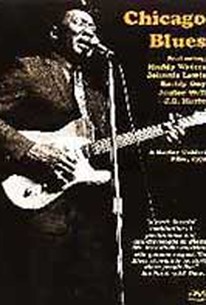 Chicago, IL, was arguably the single most important American city in the growth of post-war electric blues. The city played host to one of the nation's most important blues labels, Chess Records, and was home to a number of wildly influential musicians, including Muddy Waters, Howlin' Wolf, Willie Dixon, and Buddy Guy. Chicago Blues is a documentary which looks at the rich history of Chicago's blues scene, as well as examining the city's African-American community and the various economic and sociological factors which helped to give the music and its message a home in the Windy City. Chicago Blues includes performances by Muddy Waters ("Hoochie Coochie Man," "She's 19 Years Old"), Junior Wells ("My Little Girl"), Johnny Lewis ("Hobo Blues"), J.B. Hutto ("If You Should Change Your Mind"), and Buddy Guy (" "The First Time I Met the Blues"), as well as interviews with Dick Gregory and Willie Dixon. ~ Mark Deming, Rovi

There are no critic reviews yet for Chicago Blues. Keep checking Rotten Tomatoes for updates!

There are no featured reviews for Chicago Blues at this time.