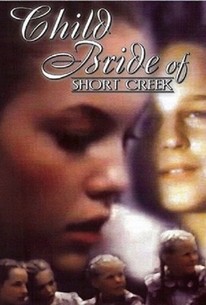 Originally made for television and based on a true story from the '50s, this film concerns a rural Arizona town that deals in polygamy. Specifically, a boy is shocked that his father (Christopher Atkins), a veteran of the Korean War, wishes to take a 15-year-old girl for another wife.

There are no critic reviews yet for Child Bride of Short Creek. Keep checking Rotten Tomatoes for updates!

There are no featured reviews for Child Bride of Short Creek at this time.