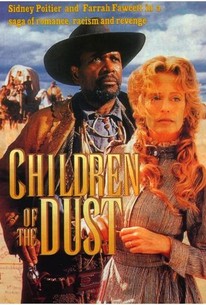 Friendship and racism in 1880s America is explored in this made-for-television drama. Sidney Poitier stars as Gypsy Smith, a bounty hunter who, much to the chagrin of the local white population, leads a group of black settlers to Oklahoma to form their own free community. The film shows how racial tensions erupt between the black and white homesteaders. The Native American experience of racism is intertwined into the plot as well, with the story of a young Cheyenne boy who has lost his roots. Sidney Poitier and Regina Taylor were nominated for Image awards for their performances. Based on the novel by Clancy Carlile, the film originally aired in two parts.

Critic Reviews for Children of the Dust

There are no critic reviews yet for Children of the Dust. Keep checking Rotten Tomatoes for updates!

There are no featured reviews for Children of the Dust at this time.

Children of the Dust Quotes