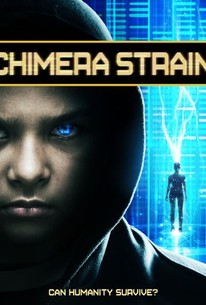 Imagine a world without aging, injury, disease or death. Quint's obsession with this Utopian dream pushes him to the edge of his sanity. Rather than risk losing his dying children, Quint decides to freeze them alive, thereby preserving them in a cryonic ametabolic state. Meanwhile he feverishly researches genetic modifications that would give them the regenerative abilities of the "immortal" Turritopsis jellyfish. Quint's experiments require human embryonic stem cells and this sets him on a collision course with Masterson, a shadowy figure, whose bizarre motives trigger a chain of events with far-reaching consequences.

The film has the eerie atmosphere and outstanding makeup effects of a good fantasy thriller. But it's way too choppy to build any tension.

Haeems' involuted narrative engineers haunting domestic tragedy from hard science, revealing that the path to immortality is paved with immorality.

This is an enjoyable movie, but the dialogue is too heavy with scientific terms, which can be distracting from the story.

Characterizations make little sense, the pacing is off, and the ending leaves so many more questions than answers.

There are no featured audience reviews yet. Click the link below to see what others say about Chimera Strain!