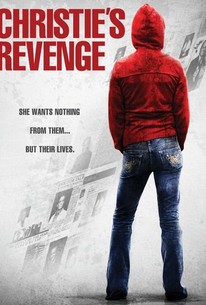 A disturned nineteen year old girl sets out to take revenge on the uncle she deems responsible for her father's recent suicide in this thriller from prolific Perfect Marriage director Douglas Jackson. Christie Coleman (Dani Kind)'s father is gone, and now the directionless teen will be forced to find her own way in a cruel and uncaring world. But Christie won't have to wander aimlessly for long, because now she's crafter a plan to make her Uncle Ray pay for the transgressions that drove her dad to suicide. Innocently moving in with Ray, his wife Miranda (Cynthia Gibb), and their teenage daughter Haley, Christie gradually ingratiates herself with the family while setting into motion a diabolical plan. They say we only hurt the ones we love, and in Christie's case that sentiment couldn't ring any truer.

There are no critic reviews yet for Christie's Revenge. Keep checking Rotten Tomatoes for updates!

Predictable, but not bad.