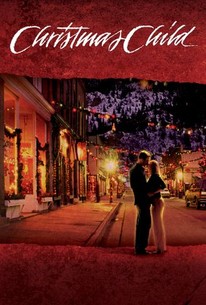 Bill Ewing's holiday film Christmas Child concerns Jack (William R. Moses), a reporter who has been having a difficult time getting much joy out of his life. Both his wife (Megan Follows) and his job fail to revive his spirits. While he is working on a story in Dallas, TX, he comes across a photograph that gets his attention. The photograph leads him to Clearwater, TX, where he learns about the town's ornate nativity scene and confronts his past in ways that should help him become a better person.

Dennis Letts
as the town's judge

There are no critic reviews yet for Christmas Child. Keep checking Rotten Tomatoes for updates!

And Number 6 is a Christmas Child. Don't see many guys reviewing this film, why? Is it a chick flick, I don't think so, Myself I think its a wonderful Family film that can be watch by all. Jack is a reporter who goes to Texas to do a story on a women who just won the lottery, but while there he starts a search for his birth parents, so now sets the scene for the rest of the Christmas Child. Great for this time of the season. 6 down 24 to go, and on my way I have to give this one 5 stars.