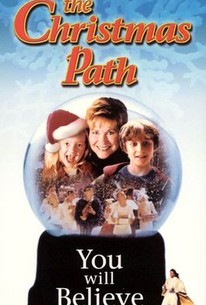 An angel cast out by Santa Claus must restore a young boy's faith in order to regain his wings in this family holiday fantasy in the tradition of Miracle on 34th Street and starring Vincent Spano and Dee Wallace Stone. Jenny Banks (Stone) is a widow and single mother doing her best just to make ends meet and care for her young daughter Dora (Madylin Sweeton) and pre-teen son Cal (Shia LaBeouf). Unable to afford a pair of angel wings for Dora's role in the upcoming school play, Jenny helps her daughter pen a letter to Santa in hopes that the jolly man in red will provide a bit of assistance. When non-believer Cal scoffs at the idea of a real Santa Claus, his lack of faith creates a gap that prevents Santa from accomplishing his yearly goals. Taking a tip from the troubleshooting Mrs. Claus, Santa enlists the aid of angel Balthazar in convincing young Cal to believe in a higher power. Now with only a week to achieve his goal and with his powers stripped away, Balthazar must use nothing but his honesty to change Cal's attitude so that both the down-on-his-luck angel and Dora can earn their wings.

Critic Reviews for The Christmas Path

There are no critic reviews yet for The Christmas Path. Keep checking Rotten Tomatoes for updates!

Audience Reviews for The Christmas Path

There are no featured audience reviews yet. Click the link below to see what others say about The Christmas Path!