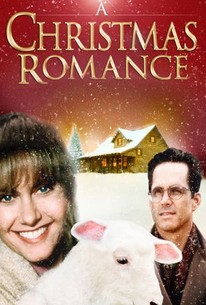 Olivia Newton-John stars in this sentimental TV movie as Julia Stonecypher, an impoverished widow with two daughters. Living in a remote mountain cabin, Julia relies upon the meager income received from the cakes she bakes for the local townsfolk. Unfortunately, it isn't quite enough to pay the mortgage, and just before Christmas straight-laced bank manager Brian Harding (Gregory Harrison) shows up at Julia's doorstep, announcing that he'll be forced to foreclose on her. Startled by Julia's violent reaction, Brian rushes away from her house, only to be involved in a car accident. With a snowstorm fast approaching, Julia takes the injured Brian to her house to take care of him. Forced by the bad weather to remain longer than expected, Brian inevitably falls in love with Julia -- but will romance supersede his financial responsibilities? In addition to heading the cast, Olivia Newton-John also sings the opening song "The Way of Love." Filmed on location in Vancouver, A Christmas Romance first aired December 18, 1994, on CBS.

Teryl Rothery
as Susan
View All

Critic Reviews for A Christmas Romance

There are no critic reviews yet for A Christmas Romance. Keep checking Rotten Tomatoes for updates!

Audience Reviews for A Christmas Romance

There are no featured audience reviews yet. Click the link below to see what others say about A Christmas Romance!