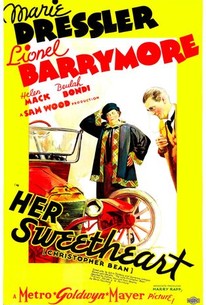 Based on the play by Sidney Howard (of Gone with the Wind and Dead End fame), Christopher Bean is a showcase for the magnificent Marie Dressler. She plays Abby, the poor but proud housekeeper of a small-town doctor (Lionel Barrymore), his wife (Beulah Bondi), and their children. Years before the story proper begins, Abby had been a close friend of Christopher Bean, a local painter who was treated as a pariah by the community because of his drunken misbehavior. After his death, however, Bean was acknowledged as a genius, and his paintings became extremely valuable. One of Bean's best works is a portrait that he painted of Abby -- and she refuses to part with it at any price, despite the entreaties of her avaricious employers. Sadly, Christopher Bean was Marie Dressler's final film; she died of cancer not long after its completion.

An over-long and slap-stick adaptation of the Sidney Howard play.

There are no featured reviews for Christopher Bean at this time.