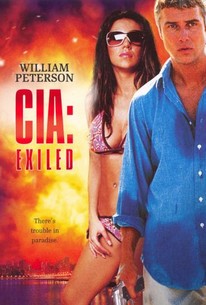 CSI star William Peterson headlines this adaptation of James David Buchanan's novel The Price of Malta concerning an ex-CIA agent who is exiled to the island of Curcao after pulling the trigger on a traitorous colleague. Upon arriving at the remote island paradise, former agent Stephen Guerin (Peterson) strikes up a fast friendship with local bar owner Cornelius Wettering (George C. Scott). A retired ship captain with a shady past, Wettering came to Curcao in order to escape his violent former associates and live out the rest of his days in peace. When terrorists lay siege to a local bank and Wettering masterfully diffuses the situation, however, his headline-making heroics blow his low-profile sky high. As corrupt diplomats and warring crime lords begin knocking in Guerin's door in search of a key piece of evidence they suspect Wettering has been hiding for years, the former U.S. government agent is forced to take up arms in order to protect the one friend who was there for him in his darkest hour.

There are no featured audience reviews yet. Click the link below to see what others say about CIA: Exiled (Curacao)!