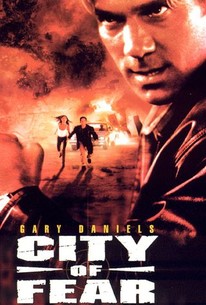 Although he has not reached the level of fame enjoyed by such action superstars as Jackie Chan, Jean Claude Van Damme, or Stephen Seagal, Gary Daniels has gained a following in the direct-to-video market. He puts his athletic skills to use once again in Mark Roper's City of Fear. The thin story line involves Steve Roberts (Daniels) attempting to figure out who is responsible for the death of his friend. On this strand of story a series of high-flying fight sequences are strung together.

Critic Reviews for City of Fear

There are no critic reviews yet for City of Fear. Keep checking Rotten Tomatoes for updates!

There are no featured reviews for City of Fear at this time.