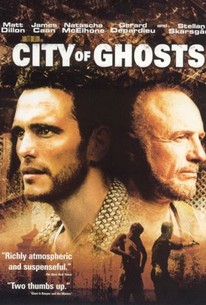 Critics Consensus: Atmospheric, but that's about it.

Critics Consensus: Atmospheric, but that's about it.

Critic Consensus: Atmospheric, but that's about it.

Jimmy Cremmins has been working as a front man for a bogus insurance company set up by his longtime mentor, Marvin. In the aftermath of a disastrous hurricane, claims against their fabricated coverage come pouring in. With Marvin living as an expatriate in Southeast Asia, Jimmy is forced to face the subsequent chaos and investigation on his own. He decides instead to flee and re-group with Marvin in Asia, against Marvin's wishes. After a short stay in Bangkok, Jimmy goes to Cambodia in search of Marvin. During his pursuit he finds himself a stranger in the mysterious and often hostile environs of Southeast Asia. With the aid of the duplicitous Kaspar, another of Marvin's business associates, Jimmy eventually finds Marvin, who attempts to convince Jimmy to join him in his latest venture, the development of a large scale casino with a Cambodian ex-general. But Cambodia is another world--one in which the rules are different, a world where violence isn't merely a threat but a reality--and even the savvy Marvin ends up in over his head. As Jimmy finds himself drawn further down a darkening path of deception, it also becomes his path of self-discovery.

Dean B. Cornish
as Backpacker

Critic Reviews for City of Ghosts

There is so much to admire in Matt Dillon's City of Ghosts that the feeling left over after watching it is an unsettling sense of disappointment and unfairness.

While it won't be remembered as great cinema, it is actually a tight piece of film noir.

While the film is not short on ideas or implications, none of them is fully developed, leaving us little but atmosphere and warm whiskey to drink in.

Trades more effectively in states of alienated atmospheric delirium than it does the specific mechanics of plot.

Dillon doesn't quite pull it off, but you've got to admire the guy's chutzpah.

can be criticised of many things, but wasting locations and local talent is not one of them

The surprise is not necessarily that Dillon has a unique voice, but rather that the voice is so bizarrely dark and uninhibitedly exotic.

Shows some promise in that it wants to say something, but there are plenty of forgettable moments to go along with it.

There's nothing interesting about this half-baked noir plot...

Matt Dillon is a hero worried about his karma

Audience Reviews for City of Ghosts

Matt Dillion starred in and directed this atmospheric and interesting noir piece. It has many good moments, seemingly promising more than it ultimately delivers. The biggest drawback is it's meandering nature, never quite hitting the notes it wants to. A multitude to plots are served up, but never satisfactorily seen through. Still, I really enjoyed the film's sense of place, captured through some great cinematography.

There were some good elements to this film ? yet it didn?t quite work for me. Enjoyed Matt Dillan (and of course he Directed this film also), loved the not so typical choice of using Cambodia as the backdrop to the story and really enjoyed the music too. Pretty natural performances all around. For me the downfall lay not in the actual plot, but in the actual story of corruption ? I felt it was weak, confusing and slow moving at times, it was more of a working progress.