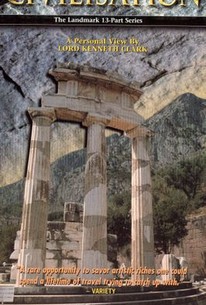 With American opinion divided over the European war in 1915, no fewer than three major motion pictures were conceived with anti-war messages in mind: J. Stuart Blackton's The Battle Cry of Peace, D.W. Griffith's Intolerance and Thomas Ince's Civilization. Set in the mythical kingdom of Wredpryd, Civilization begins with war spreading through the land. Inventor Count Ferdinand (Howard Hickman), against the wishes of his pacifist fiancee (Enid Markey), agrees to commandeer a submarine against the enemy. When his sub blows up, the Count is rescued from eternal damnation by the spirit of Jesus Christ, whose soul enters Ferdinand's body. Ferdinand returns to life, convincing the King of Wredpryd (Herchel Mayal) that he, the king, has divine powers. But Jesus, using Ferdinand as his vessel, shows the king that no man is above the laws of God--and also gives him an up-close-and-personal tour of the bloody battlefield. The King realizes the error of his ways, and declares an end to the battle. Extremely popular during its first year of release (1916), Civilization disappeared from view the moment that the US declared war against Germany. Though its direction is often credited to producer Thomas Ince, Civilization was actually directed by committee: among its helmsmen were Walter Edwards, Raymond B. West, Jay Hunt, Reginald Barker, J. Park Read and David M. Hartford.

Herschel Mayall
as The King of Wredpryd

George Fisher
as The Christ

Lillian Read
as A Young Child

Jerome Storm
as His Son

J. Barney Sherry
as The Blacksmith

Ethel Ullman
as His Daughter

Kate Bruce
as A Mother

Lola May
as Queen Engenie

There is very little opportunity to criticise Ince's magnificent effort, but Sulivan's captions are altogether too preachy. In his effort to project pathos he slops over into bathos.

Despite its scenery-tearing silent-movie acting style, ''Civilization's'' compassion and sweep assure its place as a classic of early movie making on a big scale.

The thrill of the spectacle must ever be secondary to the thrill of emotion, since it appeals to the brain instead of to the heart. Mr. Ince's spectacle is tremendous, its mechanical equipment a revelation, save in one respect. His air fleet.

Mr. Ince has endeavored to use the artistic and psychological power of the screen, and his laudable and ambitious efforts in this direction call for a just but sympathetic analysis.

Unquestionably the standards of motion picture production are immeasurably heightened by Civilization. Countless numbers of its scenes are of such magnitude and power as to amaze a public long since blase on the subject of pictures.

There are no featured reviews for Civilization at this time.