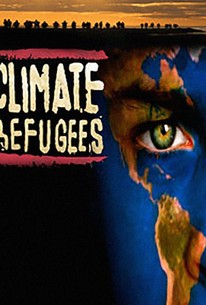 As the impact of global climate change grows, in many parts of the world the key question is no longer how to prevent the consequences of this threat to the environment, but what to do as people struggle to deal with the effects of mankind's carelessness. Parts of the world that were once habitable are slowly but dramatically changing, and the people that once lived on islands slowly submerging under rising oceans and plains that are turning to deserts have to find somewhere else to go. What is do be done with the people who have been displaced by climate change, and which nations should take them in? Filmmaker Michael Nash explores this side of the climate change debate in the documentary Climate Refugees; filmed over the course of two years, the film examines the causes of climate change, nations that are suffering most from its effects, and the political, economic and environmental issues behind moving the people are becoming the first victims of this crisis. Climate Refugees was an official selection at the 2010 Sundance Film Festival. ~ Mark Deming, Rovi

There are no critic reviews yet for Climate Refugees. Keep checking Rotten Tomatoes for updates!

There are no featured reviews for Climate Refugees at this time.