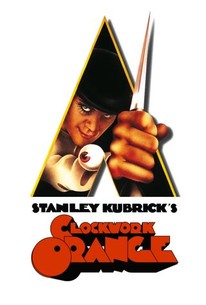 Critics Consensus: Disturbing and thought-provoking, A Clockwork Orange is a cold, dystopian nightmare with a very dark sense of humor.

Critics Consensus: Disturbing and thought-provoking, A Clockwork Orange is a cold, dystopian nightmare with a very dark sense of humor.

Critic Consensus: Disturbing and thought-provoking, A Clockwork Orange is a cold, dystopian nightmare with a very dark sense of humor.

Stanley Kubrick dissects the nature of violence in this darkly ironic, near-future satire, adapted from Anthony Burgess's novel, complete with "Nadsat" slang. Classical music-loving proto-punk Alex (Malcolm McDowell) and his "Droogs" spend their nights getting high at the Korova Milkbar before embarking on "a little of the old ultraviolence," such as terrorizing a writer, Mr. Alexander (Patrick Magee), and gang raping his wife (who later dies as a result). After Alex is jailed for bludgeoning the Cat Lady (Miriam Karlin) to death with one of her phallic sculptures, Alex submits to the Ludovico behavior modification technique to earn his freedom; he's conditioned to abhor violence through watching gory movies, and even his adored Beethoven is turned against him. Returned to the world defenseless, Alex becomes the victim of his prior victims, with Mr. Alexander using Beethoven's Ninth to inflict the greatest pain of all. When society sees what the state has done to Alex, however, the politically expedient move is made. Casting a coldly pessimistic view on the then-future of the late '70s-early '80s, Kubrick and production designer John Barry created a world of high-tech cultural decay, mixing old details like bowler hats with bizarrely alienating "new" environments like the Milkbar. Alex's violence is horrific, yet it is an aesthetically calculated fact of his existence; his charisma makes the icily clinical Ludovico treatment seem more negatively abusive than positively therapeutic. Alex may be a sadist, but the state's autocratic control is another violent act, rather than a solution. Released in late 1971 (within weeks of Sam Peckinpah's brutally violent Straw Dogs), the film sparked considerable controversy in the U.S. with its X-rated violence; after copycat crimes in England, Kubrick withdrew the film from British distribution until after his death. Opinion was divided on the meaning of Kubrick's detached view of this shocking future, but, whether the discord drew the curious or Kubrick's scathing diagnosis spoke to the chaotic cultural moment, A Clockwork Orange became a hit. On the heels of New York Film Critics Circle awards as Best Film, Best Director, and Best Screenplay, Kubrick received Oscar nominations in all three categories. ~ Lucia Bozzola, Rovi

Anthony Sharp
as Minister of Interior

Katya Wyeth
as Girl in Fantasy

Shirley Jaffe
as Victim of Billy Boy's Gang
View All

News & Interviews for A Clockwork Orange

View All A Clockwork Orange News

Critic Reviews for A Clockwork Orange

A stone-cold classic, no getting around the fact...

I'm afraid I found A Clockwork Orange brilliant but disappointing, its moments of power offset by an overwrought stridency and its message overbalanced by the medium.

It is, I'm afraid,nothing more than a garish Pop-art poster pretending to be a work of art.

There are no passages where we can sit back, listen and admire. The film just hits, and hits hard. It works, as only a master could make it.

All of the film's provocation and jaded sexual politics are flavoured with histrionic cynicism and disillusion.

With Kubrick's brilliant direction & screenplay (from the novel by Anthony Burgess), astounding visuals, and intriguing themes, the film is an unforgettable cinematic experience that continues to elicit much discussion and analysis.

... though it wouldn't surprise me if most just left either humming Beethoven's 9th or "Singing in the Rain," which is in and of itself a special kind of messed up.

Made me reflect on myself. On the people around me, as well as society. And it's rare for a movie to provoke thought in that manner and to do it in such a profound and shocking way.

Special credit is emphatically due to Malcolm McDowell for a stunning performance as Alex, one of the most demanding roles ever written for a film actor.

Audience Reviews for A Clockwork Orange

Stanley Kubrick's adaptation of Anthony Burgess' novella lives up to the term "controversial". Violent, explicit & troubling to say the least. It's ruthless tone and insightful portrayal of its dystopian-landscape & devious antagonist makes A Clockwork Orange cult-like and iconic. 4.5/5

Classic, I know....but I was skeptical going into this especially after hearing how it was a great movie while being different and "weird" at the same time. I can see why it has a cult following and why it is widely considered one of the greatest films of all time. For me, the film was strange and disturbing at points, but overall the message and themes were amazing. Not a film that has shot up into my favorites, but definitely a film that I have alot of respect for now.