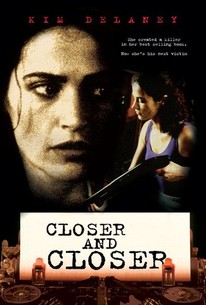 In this thriller, an author who was paralyzed after she was attacked by a serial killer who had been inspired to violence by her first book decides to publish a sequel. It proves to be a bad idea, for no sooner is it published than she finds herself victimized again, first through ominous e-mail messages from the Internet and then through physical violence.

Jim Codrington
as Tech. in Charge

Critic Reviews for Closer and Closer

There are no critic reviews yet for Closer and Closer. Keep checking Rotten Tomatoes for updates!

There are no featured reviews for Closer and Closer at this time.