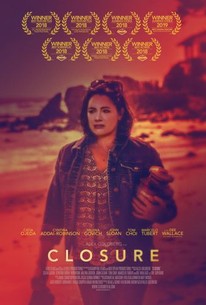 Her mother is dead. Her fiancé is now her ex. And the airline lost her luggage. This begins Nina's first trip to Los Angeles. As a deathbed promise to her mother, Nina vows to find her sister Carrie who moved to L.A. years ago and hasn't communicated with her family in months. Nina's only clue is an apartment address in The Valley, but Carrie's spiritual and earthy roommate Yasmina is little help. However, Yasmina allows Nina to stay in her sister's room where she begins to piece together what happened to Carrie. Her journey as a novice detective is helped, but frequently hindered, by a variety of self-absorbed Angelenos. In addition to the not-quite zen Yasmina, Nina encounters the polyamorous writer couple Jack and Prudence, two detectives who aren't on speaking terms with each other, a fastidious money man and his pug, and a surprising romance. Nina's quest leads her to The Superior, the enigmatic leader of an organization who Nina believes holds the key to the whereabouts of Carrie. Nina continues digging deeper into a side of Los Angeles that outsiders rarely see in her quest to find her sister and get Closure.

The pace is generally good as Nina seems to get further from the truth, but sputters every once in a while.

A quirky line up of eccentrics leads to a nicely done noir twist in the City of Angels.

It's vaguely watchable in a nothing-else-on-TV way and it does have its moments but overall it feels like a wasted opportunity.

...you might want to catch this whimsical gem - and make room for its sardonically witty fish-out-of-Midwestern-water tale on the Hollywood-as-another-planet list.

There are no featured reviews for Closure at this time.