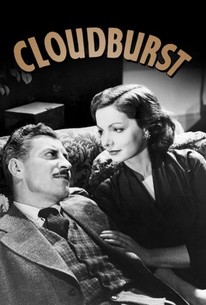 Teeny-tiny Hammer pictures built its reputation on second-feature melodramas before graduating to gore-encrusted horror epics. Cloudburst is a low-key thriller starring American actor Robert Preston, whose casting assured a certain degree of business in the States. Preston plays a code expert, resettled in England after the war and working at the British Foreign Office. One morning, Preston's wife is struck down and killed by a car driven by escaping criminals. Preston bypasses the efforts of Scotland Yard and pursues the criminals himself, using his codebreaking skills to track down the "big boys" in charge.

Robert Preston is wonderfully expressive as the man who is obsessed with getting revenge.

Solid revenge drama with a good performance in the lead by Robert Preston.