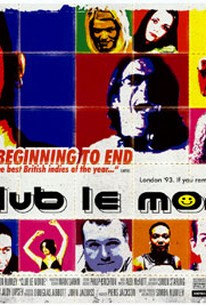 When Ali found out that her boyfriend Mike had slept with another girl she immediately ended their relationship. "Free" again, Ali goes clubbing with her best friend but just as they arrive she sees Mike entering the club ahead of her. Undeterred, Ali decides to exact revenge by snogging any man she can find right under Mike's nose. As Ali sets off on her mission to humiliate Mike, we encounter a further 30 characters all in search of a good time in Club Le Monde: There's Yas and Kelly, who never leave the toilets as they gossip about contract killers, kissing cousins and constipation; Anthony and Patrick, wide-eyed teenagers from the countryside, who try to score drugs and be a hit with the babes; Mosh, the tough-nut bouncer, who is struggling with his sexual identity and desire to be a lawyer; Chas, who has pierced his nipple and tonight is determined to go a step further; Mr. Sunglasses who tries to "connect" in a very disconnecting way; Tanita, Davida and Karina, three outrageous drag-queens who realise they've come to the wrong place; and Danny, Club Le Monde's owner, who gets fresh with his best mate's wife and is about to get caught. -- © Screen Production Associates

Mr. C
as Himself

Mitchell Lee Spooner
as Himself

Alex P.
as Himself

Brandon Block
as Himself

Daisy Haggard
as Jan
View All

At a (thankfully) slim 80 minutes, this is the longest advert for staying in with a good book yet to be seen.

There are no featured reviews for Club le Monde at this time.