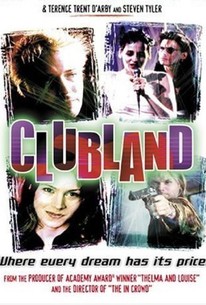 Noted record producer and musician Glen Ballard (who has collaborated with Alanis Morissette, Dave Matthews Band, No Doubt, and Aerosmith) wrote this drama which offers an insider's look at the long, hard road to the top of the music business. Kennedy (Jimmy Tuckett) is the frontman of a struggling rock & roll band who have come to Los Angeles in hopes of making it big. Kennedy's brother, King (Brad Hunt), is the band's manager, but while the group works hard, they have little to show for it, and King seems to alienate more industry bigwigs than he's won over. The members of the band are also having a hard time keeping body and soul together; they not only have to work day jobs to support themselves, but to pay clubowners, who often charge musicians for the "privilege" of playing a well-known venue. Mondo (Rodney Eastman), the drummer, brings even more problems into the picture when he starts dealing hard drugs to earn money. Finally, the band attracts the attention of a powerful and well-known record producer, but there's a catch -- he's only interested in Kennedy, and wants him to ditch the rest of his band. Clubland also stars Lori Petty, Heather Stephens, and Scot James; the film also features cameo appearances from Steven Tyler of Aerosmith and Terence Trent D'Arby.

Director Cherie Nowlan and writer Keith Thompson create a good balance between comedy and melodrama, ensuring that the movie doesn't fall into the trap of being over-sentimental.

There are no featured audience reviews yet. Click the link below to see what others say about Clubland!