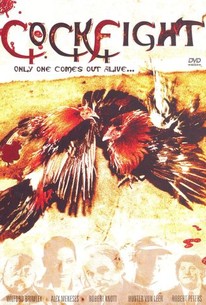 Robert Knott ("Pollock") stars in this suspenseful thriller involving political corruption and the brutal sport of cockfighting. Oklahoma state senator Michael Turner (Knott) finds himself thrust into a deadly power struggle after one of his constituents, who is involved in cockfighting, is murdered. Alex Meneses, Hunter von Leer, Wilford Brimley. Also known as "The Round and Round."

Jeff Corbett
as Eldridge
View All

There are no critic reviews yet for Cockfight. Keep checking Rotten Tomatoes for updates!

There are no featured reviews for Cockfight at this time.