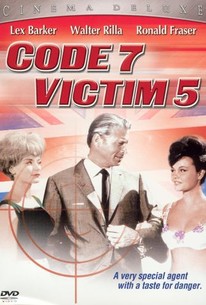 In this action film, an American private detective is hired by an aging millionaire to investigate the murder of his valet. The detective (Lex Barker) journeys to South Africa and discovers that the murder has a Nazi connection. Directed by Robert Lynn, it also features cinematography by Nicolas Roeg, who claimed international fame as a controversial film director in the 1970s and 1980s.

Sophia Spentzos
as Leila
View All

This is a Seventies Detective film, might even be 1960 era, would fit in the Eurospy Film Gender, its not so bad, holds a interest, makes one think of how it used to be. Takes place in South Africa, The Movie is a long way from current Action Dramas. Worth 3 1/2 stars,