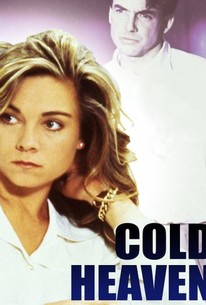 Nicolas Roeg's Cold Heaven (based on a novel by Brian Moore) examines grief and loss and spiritual questions concerning belief and faith. Theresa Russell plays Maria, a woman in deep despair over the death of her husband Alex (Mark Harmon) in a boating accident. When Alex's body disappears from the morgue, she becomes convinced that he is still alive. Before her husband's death, she had been ready to abandon her marriage and start over again with another man, Daniel (James Russo). But Alex's death has made her guilty and has given her pause. Complicating matters is when Maria begins to see visions of Alex before her. Re-discovering her abandoned Catholicism, she begins to speak with a Carmelite nun (Talia Shire), Father Niles (Will Patton) and Monsignor Cassidy (Richard Bradford) about her Bernadette-like visions.

Will Patton
as Father Niles

Alex Alexander
as Waitress
View All

There are no featured audience reviews yet. Click the link below to see what others say about Cold Heaven!