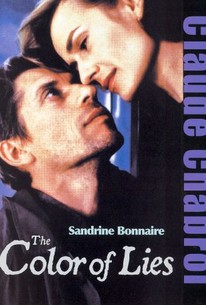 This thriller from veteran director Claude Chabrol is a tense suspense drama, leavened with sly humor, about the fallout from a shocking crime in a small town. Frederique Lesage (Valeria Bruni-Tedeschi), the new chief of police in a cozy and fashionable seaside community in Brittany, soon finds her job more eventful than she expected when a ten-year-old girl is found raped and murdered. The last person to see her alive was René Sterne (Jacques Gamblin), a cynical and once-famous artist who has fallen on hard times and gives drawing lessons to children to make ends meet. René, who is passionately devoted to his wife (Sandrine Bonnaire), a nurse whose perpetual good cheer is the polar opposite of his personality, quickly becomes the prime suspect in the absence of any real clues. Meanwhile, Frederique becomes better acquainted with the eccentric residents of the town, including a self-important TV journalist (Antoine de Caunes), a small-time crook who fences stolen goods (Pierre Marlot), and a curious pair of married shopkeepers (Bulle Ogier and Noel Simsolo). Chabrol's son Matthieu Chabrol composed the score for this film.

Veronique Volta
as Betty
View All

At turns droll and satirical, it isn't ultimately one of the auteur's strongest skewering of the idly privileged, but it is a decent procedural populated by enough familiar faces to make its less engaging stretches watchable.

Chabrol could do the traditional murder mystery and detective procedural as well as anyone but this is something else, a low-key study in suspicion, mistrust and small-town gossip where the details are suggested more than stated.

It's a well-executed but not that exciting psychological thriller in Brittany.

More thoughtful than taut but a fine addition to the Chabrol canon.

There are no featured audience reviews yet. Click the link below to see what others say about The Color of Lies (Au coeur du mensonge)!