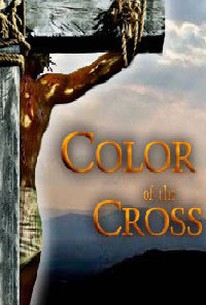 Color of the Cross Photos

Actor/director/screenwriter Jean-Claude La Marre offers a controversial new vision of religious history with this interpretation of the Bible that presents Jesus Christ as a black man and suggests that the crucifixion, may, in fact, have been racially motivated. By exploring the last 48 hours in the life of Christ (La Marre), the director/screenwriter places the relationship shared between the Biblical Messiah and his disciples, the mindset of the Romans who occupied Judea, Joseph's relationship with his family, and the manner in which Mary and Joseph's family was affected by Jesus' persecution under the microscope to challenge conventional beliefs and encourage audiences to question the manner in which the story of Jesus has been interpreted by modern, organized religion. Beginning with the preparations of the Last Supper and ending with the Crucifixion that would set into motion one of the most spectacular stories ever told, Color of the Cross aims to tell a timeless and familiar tale from a fresh and thought-provoking new perspective.

Paul Nagi
as James of Zebedee
View All

Critic Reviews for Color of the Cross

Color of the Cross, a low-budget re-imagining of Christs final days, makes a big deal out of the relatively tame suggestion that Jesus was black.

Filled with close-ups of Jesus and his apostles (all the better to hide the absence of elaborate period sets), mixing quotes from the Scripture with flat exposition, this low-budget affair is earnest and, alas, more than a little bit cartoonish.

...The first film to depict a black African Jesus is hindered by shoddy production values and so-so storytelling.

Lacking the drama of Jesus' trial and the passion, as well as the substance of his teachings, (actor Jean Claude) LaMarre's turgid take has very little to offer dramatically or inspirationally.

Many are calling Color of the Cross controversial, but it's really not. It simply states a possibility -- that Christ was a man of color -- which it dramatizes earnestly within the narrow confines of its $2.5 million budget.

The Crucifixion revisited featuring a black Jesus as the victim of a bias crime!

The Crucifixion revisited with black Jesus as victim of bias crime.

Director, cowriter, coproducer and star LaMarre is more interested in Jesus' teachings than in his suffering, and suggests that race may have helped shape the course of biblical events.

A too-specific tale of historic injustice rather than one of divinely benevolent sacrifice on everybody's behalf.

Press releases are promoting the film as 'controversial' before the fact, but compared to such predecessors as 'Jesus Christ Superstar,' 'Godspell' and 'The Passion of the Christ,' 'Color' -- race issue aside -- unspools like a Sunday-school filmstrip.

Audience Reviews for Color of the Cross

There are no featured audience reviews yet. Click the link below to see what others say about Color of the Cross!

Color of the Cross Quotes