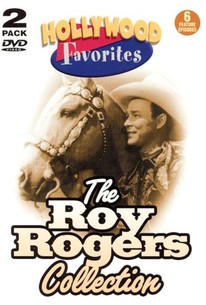 Colorado was a recycling of one of Republic Pictures' favorite plots: Two brothers on opposite sides of the law. In this instance, Roy Rogers is law-abiding Jerry Burke, forced to bring his treacherous twin brother (also played by Rogers) to justice. As if this wasn't enough to sustain 57 minutes, the scriptwriters contrive to have both the good and evil twin fall in love with the same girl (Pauline Moore, making her third costarring appearance opposite Rogers). In keeping with the film's two-Rogers dichotomy, Colorado also features two comedy-relief characters, played by George "Gabby" Hayes and Maude Eburne. Critics in 1940 were put out that Colorado was released in such close proximity with another of the studio's "doppelganger" films, Wagons Westward.

Lloyd Ingraham
as Sanford
View All

There are no critic reviews yet for Colorado. Keep checking Rotten Tomatoes for updates!

There are no featured reviews for Colorado at this time.