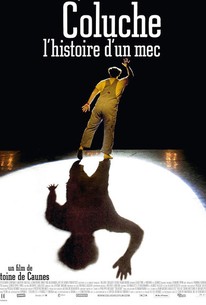 To the French, Michel "Coluche" Colucci (1944-86) was not merely a household name but a veritable institution. A stocky, goofy comic who often turned up in big screen farces such as L'Aile Ou la Cuisse (1976) and Inspecteur la Bavure (1980) , Colucci gained notoriety for his emotionally rocky and stormy personal life that witnessed him battling alcoholism and extreme drug addiction - making him something of a French equivalent to John Belushi or Chris Farley. Unlike Belushi or Farley, however, Coluche made the unusual decision (for one of his background) to briefly enter mainstream politics. In a bid for the French presidential nomination in 1981, he delighted many and shocked others by reeling in an impressive 15% of the French popular vote - reason enough to believe that this actor, with solid humanitarian values and a commitment to civil rights, might have actually stood a solid chance had he campaigned more aggressively and remained in the running for a longer period. Antoine de Caunes's biopic Coluche, l'Histoire d'un mec hones in exclusively on this intriguing period of the comic's life and career, with François-Xavier Demaison playing the famous actor. The tale begins with his impulsive and drug-fueled decision to run on the ticket, coaxing bums, drunks and social outcasts to band together and lay waste to mainstream politicians. When Coluche pulls in around 10% of the vote, he draws the ire of politicos François Mitterand and Valerie Giscard d'Estaing, who promptly send out an advisor to dissuade the funnyman from running. Director de Caunes spends the majority of the film cross-cutting between recreations of Coluche's popular stage acts, and a not uncritical look at the star's attempts to push himself to his very limits and beyond -- with a mainstream political run that began as a joke but quickly took on very real and frightening proportions.

There are no critic reviews yet for Coluche, l'histoire d'un mec. Keep checking Rotten Tomatoes for updates!

There are no featured reviews for Coluche, l'histoire d'un mec at this time.