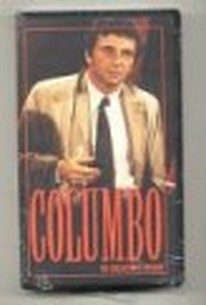 Symphony conductor Alex Benedict is a musical genius, but he has a problem, which comes in the form of a beautiful, young, gifted classical pianist named Jenifer Welles. The two have been having an affair, and Jenifer has grown tired of secrecy. She gives her lover an ultimatum: divorce his wife or suffer public exposure. Since Alex's mother-in-law controls the symphony, he can't afford either option. He murders Jenifer, staging a suicide. But Lieutenant Columbo isn't convinced, finding more and more evidence that the musician's death was murder. But can he prove that Alex Benedict was involved, especially when an unexpected second suspect is thrown his way...?

There are no critic reviews yet for Columbo: Étude in Black. Keep checking Rotten Tomatoes for updates!

A landmark entry in the Columbo series, Etude in Black is a riveting crime drama. When an orchestra conductor kills his mistress for threatening to make their affair public Lt. Columbo is assigned to the case, which at first looks like an apparent suicide. The writing's very good, and does an impressive job at building suspense and intrigue. Additionally, John Cassavetes and Blythe Danner deliver strong performances and have remarkable on-screen presences that engage the audience. And, Columbo's famous basset hound, Dog, makes his debut appearance, which adds a nice bit of humor to the film. Thrilling and well-crafted, Etude in Black is a captivating murder mystery.