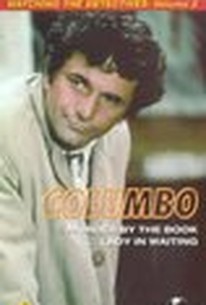 Beth Chadwick has lived all her life controlled first by her father, then after his death, by her brother Bryce who manages the family business. Now she has fallen for Peter Hamilton, who works for Bryce. But, as usual, Bryce objects to her choice and threatens to fire Peter. So Beth decides to murder her brother and to do it in such a way to let it to appear like an accident. Lt. Columbo realizes at once the truth and starts looking for evidence.

There are no critic reviews yet for Columbo: Lady in Waiting. Keep checking Rotten Tomatoes for updates!

The Columbo murder mystery Lady in Waiting is an entertaining and clever thriller. In order to break free of her overbearing brother Beth Chadwick kills him and attempts to make it look like an accident, but while tying up loose ends Lt. Columbo starts to suspect that the accident was actually a murder. Susan Clark and Leslie Nielsen lead the cast and deliver strong performances; Clark in particular has a lot of charisma and plays well off of Peter Falk. However, there are some odd directing choices that detract from the storytelling. Despite and few weaknesses, Lady in Waiting is an engaging crime drama.