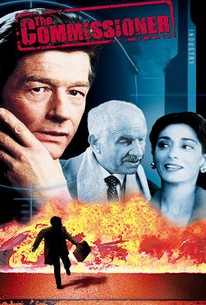 George Sluizer (The Vanishing) directed this German-British-Belgian thriller about politico James Morton (John Hurt) who relocates in Brussels as the British commissioner to the Euro parliament, leaving his wife Isabelle (Alice Krige) behind. As British and German chemical outfits are about to merge, Metro Chemical researcher Hans Konig (Armin Mueller-Stahl) tips him that his company is creating weapons and is run by a former Nazi. Morton stops the merger, but information leaks trigger Konig's arrest for industrial espionage and the bombing of Morton's apartment, followed by more corporate intrigue. Shown at the 1998 Berlin Film Festival. ~ Bhob Stewart, Rovi

Critic Reviews for The Commissioner

As cold and flat as a Brussels winter, where the film is set.

There are no featured reviews for The Commissioner at this time.