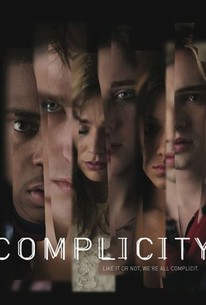 C.B. Harding's drama Complicity stars Shoshana Bush as Shannon, a typical high-school student who plans a big party at her house when her parents plan on being away. However, at the soiree a friend of hers claims a boy tried to rape her, the group turns ugly and take justice into their own hands. After realizing that the accusation may have been false, everybody does their best to cover-up their actions, which leads into more dangerous territory than they ever imagined. ~ Perry Seibert, Rovi

There are no critic reviews yet for Complicity. Keep checking Rotten Tomatoes for updates!

Perfect example of how a pack mentality can snuff out a life in minutes. People act on anger and emotion instead of taking a minute to reflect on facts, leading to a horrific outcome.