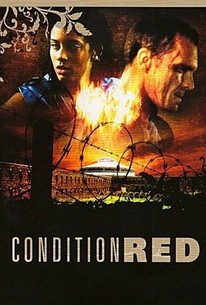 In this gritty prison thriller, a passionate prison guard finds himself intimate with a sexy inmate and trouble ensues. The guard, Dan Cappelli, works in a Philadelphia jail. He has a hair-trigger violent temper and after brutally defending a fellow guard who was attacked by an inmate, is reassigned to the women's block. There he encounters Gidell, a hard-as-nails inmate convicted of money laundering. The two find themselves sexually drawn to each other and an illicit torrid affair ensues, but when Gidell's outside lover comes for a visit and mistreats her, Dan goes off like a bomb and ends up on suspension. He begins drinking and soon begins losing his sanity in the face of his self-imposed solitary confinement. When Gidell tells him she is pregnant, he helps her break out of prison. More mayhem ensues.

There were good performances, but an illogical story mars the film.

There are no featured reviews for Condition Red at this time.