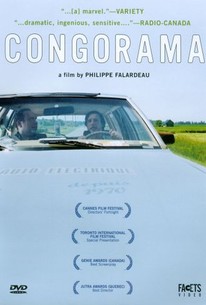 Two men who live in different nations on different continents discover how closely their fates have followed the same path in this drama from filmmaker Philippe Falardeau. Belgian engineer Michel Roy (Olivier Gourmet) looks after his ailing father Herve (Jean-Pierre Cassel) with the help of his wife Alice (Claudia Tagbo) and son Jules (Arnaud Mouithys). One day, Herve decides to share a long-held secret with his son -- Michel was actually adopted, and he was born to a poor family in Canada. Hoping to learn the truth about his birth parents, Michel flies to Quebec and makes his way to Sainte-Cecile, a farming community where Herve says he might find the truth about his heritage. After visiting with a priest sympathetic to his dilemma, Michel meets Louis Legros (Paul Ahmarani), whose electric auto sparks a conversation which leads to a fast friendship between them. As the narrative turns back to examine Louis' life and his efforts to publicize the work and theories of his father, a brilliant but little-known scientist, we see that Michel and Louis have been following similar paths throughout their lives, from unconventional births in Canada to a shared connection with the Congo. Congorama received its world premier at the 2006 Cannes Film Festival, where it was screened as part of the Directors Fortnight series.

While Falardeau's prismatic storytelling technique is frequently impressive, it ultimately gets in the way of a movie that otherwise would seem to have a powerful human story struggling to get out.

The surfeit of plot twists and implausible coincidences strain narrative credibility even as the remarkably brawny presentation provides a warm rush.

Is that just a trite sentiment, a love-is-all-you-need platitude, and just one more aspect of Congorama that's too neat and a bit forced? Perhaps, but sometimes it takes bravery to embrace the cliché.

The suffocatingly neat construction strains credibility, leaving the central characters -- feeling like the punchlines of an elaborate cosmic joke.

The film's catalogue of absurdity is so colorful that it needn't be mined for impact, and [Phillippe] Falardeau takes the matter-of-fact route, merely gawking at the wreckage.

Even with its weaknesses, such as those many coincidences that keep the plot going, the film offers a unique and playful adventure seldom found in Hollywood cinema.

Coincidental buffet needs to reinvent itself

...ultimately undone by its meandering structure and distinctly unfocused vibe.

I am surprised to see the hate-on by the critics. I think Falardeau is one of the best Quebecois directors in terms of developing relationships and treating them to a nice light humour. Congoroma is no different and there are some wonderfully memorable moments.

Saw this at the Cleveland International Film Festival. Loved the two storylines that intersected, but was confused by the differences portrayed immediately following the crash. The acting was uniformly awesome.