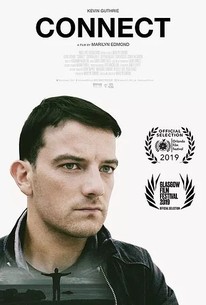 CONNECT is the directorial debut of Marilyn Edmond and follows the story of Brian (Kevin Guthrie), a young man battling with his mental heath. Outwardly, he keeps calm, goes to work and carries on. He never feels that it's possible to share his feelings, until care home owner Jeff (Stephen McCole) becomes a source of support. A flirtation with single mother Sam (Siobhan Reilly) could be a reason to choose life. Moments of optimism clash with dark despair in a strikingly filmed tale shot in North Berwick. Suicide among young men is a major issue in the UK today. Connect is an ambitious attempt to confront the issue in a heartfelt drama.

Working with sketchy characters who are little more than clusters of symptoms, the actors seem to be flailing to breathe life into the material.

There are no featured reviews for Connect at this time.