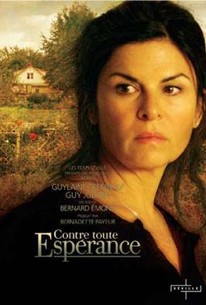 Veteran actors Guylaine Tremblay and Guy Jodoin headline director Bernard Émond's grim tale about a struggling directory assistance operator who takes decisive action after falling into dire straits. Réjeane has just been downsized as a result of corporate restructuring, and this harsh blow couldn't have come at a worse time: her husband Gilles (Jodoin) is currently on the mend from a massive stroke and the couple desperately needs money to pay his medical bills. When Réjeane learns that the president of the company that laid her off is earning $16 million a year, the injustice off seeing so many of her co-workers rendered destitute by the downsizing lights a fuse within her that will not be extinguished. Later, while being questioned in a police interrogation room, the stoic seeker of justice proves unable to summon the words to justify her drastic actions. ~ Jason Buchanan, Rovi

Still, the director tracks his characters' descent with an admirable, unblinking gaze; and if only one shot of the film really dives into mystery, it's good that it's the last shot.

There are no featured reviews for Contre toute esperence at this time.