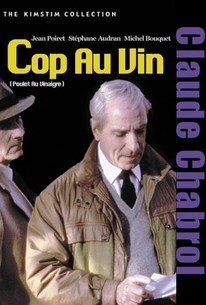 In a routine murder mystery based on a novel by Dominique Roulet, a cruel, wheelchair-bound invalid (Stephane Audran) who consistently terrorizes her teen son Louis (Lucas Belvaux) into abject obedience, is threatened with the loss of her home by a conniving trio who want her property as part of a deal for a lucrative development project. The three men are comprised of a butcher (Jean-Claude Bouillaud), a doctor (Jean Topart), and a notary (Michel Bouquet). Louis is a postal worker who is fending off the attentions of Henriette at the office (Pauline Lafont), and brings his mother all the mail scheduled for their trio of enemies, whereupon she steams it open and keeps herself informed about their plans. In retaliation for their attempts to seize his home, young Louis pours sugar into the butcher's gas tank which ultimately causes a fatal accident, and in fact, the doctor's wife has also died in a car accident. And now the notary's mistress is missing. Enter, at last, the imperious and heavy-handed Inspector Jean Lavardin (Jean Poiret) to finally go after the clues and the suspects until the case is solved. He succeeds admirably, and as a consequence, appears on his own in 1985's Inspector Lavardin. ~ Eleanor Mannikka, Rovi

In a small French village, a trio of unscrupulous property developers attempt to force the local postman and his invalid mother (Stéphane Audran) to sell their home. Missing persons, murder and madness ensue and a police detective is sent to investigate. I can't help thinking I'd have liked this one better if I hadn't seen quite so many of Chabrol's other movies; it's not bad but there's little here I haven't seen before. It begins brilliantly with a great credits sequence and the masterly introduction of the various characters as we follow the postman on his round, but the story does sag in the middle, before Jean Poiret's Inspecteur Lavardin arrives on the scene. The best thing about the movie is the excellent cast.