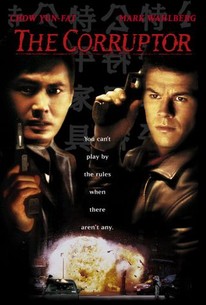 Nick Chen (Chow Yun-Fat) was the first Chinese-born immigrant in the NYPD, and is now one of the force's most decorated officers. As such, he's been named leader of the city's Asian Gang Unit, who are the primary peacekeepers in Chinatown. Trouble has just arrived for the Triads, the long-entrenched Chinese gangsters who are the real power behind Chinatown. After years of posing as honest businessmen, the Triad's powers are threatened by the newly arrived Fukienese Dragons. With a gang war on the horizon, the city sends a new recruit, Danny Wallace (Mark Wahlberg), to join Chen's unit. Danny finds Chen and the AGU in a very comfortable (perhaps too comfortable) relationship with the Triads. When the mobsters attempt to corrupt Danny, Chen must reassess his relationship with the Triads, and Danny must also learn that certain concessions must be made to ensure the peace in this world set apart from the rest of New York. ~ Ron Wells, Rovi

Marie Matiko
as May

Leroy Allen
as Guard One

Simon B. Cotter
as Lawyer

Karen Huie
as Woman in Brothel

Arthur Lo
as Man on Street

News & Interviews for The Corruptor

TORONTO: Short Reviews Of "Stranger than Fiction," "Little Children," and "The Host"
Columbia Participates in the Horror Remake "Experiment"

View All The Corruptor News

Critic Reviews for The Corruptor

You probably can't blame Chow for The Corruptor. No way he could outmaneuver the director and the writers. The only thing in The Corruptor more catastrophic than the car chases is the script.

It's rote baloney, trotting out every dead-stupid cop-movie cliche in the book and doing it colorlessly.

Take away all the flash and dazzle, and what you're left with in The Corruptor is a police procedural.

It surprises by taking us inside Chinatown, where we discover just how sinister and elaborate the relationships between the police and the businessmen can be.

The trite story has plenty of distasteful moments.

A memo to Chow Yun-Fat: Get back to Hong Kong on the double!

The bad messages this film sends out clearly outweigh the positive ones.

The Corruptor, despite good actors and a richly waxed enamel of style, is corrupt. The worm of old cliché twists in the dirty story.

A familiar landscape of cops, hookers, drugs, gambling and gunplay.

The Corruptor proudly endorses every Asian stereotype in the book!

Audience Reviews for The Corruptor

An explosive crime thriller. A gritty, stylish, gripping, unpredictable and unforgettable movie thrill-ride. Searing suspense and non-stop action fuel this outstanding and heart-pounding adrenaline-rush. An awesome movie. It's Serpico meets Hard-Boiled. Chow Yun-fat and Mark Wahlberg give powerful, emotionally complex and sensational performances. It's shocking, riveting and exhilarating all the way to it's devastating conclusion. This is James Foley's finest film. A full-throttle action-packed flick that delivers pure explosive energy

Another of Chow Yun Fat's decent but unspectacular early forays into Hollywood, it has a nice gritty feel and an interesting culture clash backdrop. Not up to the standard of his HK films, but a creditable cop thriller.

Superb action-thriller about life as a cop in the violent and merciless underbelly of New York's Chinatown. Chow Yun-Fat and Mark Wahlberg are cool in the high-octane action blended with a thumping hip-hop soundtrack.