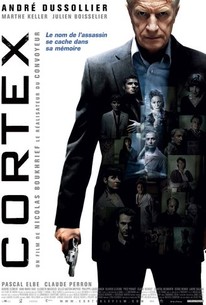 An Alzheimer's-afflicted ex-policeman moves into a special needs residence - only to watch his life erupt into a waking nightmare - in Nicholas Boukhrief's tense psychological thriller Cortex (2008). During the golden years of his retirement, former police superintendent Charles Boyer (André Dussolier) opts to protect himself from the pitfalls of dementia by moving into The Residence, a facility designed to provide for elderly patients with neuro-degenerative disorders. Boyer isn't long in the new building, however, before ominous events begin to occur - including a high number of deaths among the patients. Eschewing the notion that this may be inevitable given the ages and illnesses of the populace, Charles smells a rat; he can never quite waive his sense that the others have been systematically rubbed out by an unknown party. As his investigation of the matter begins, questions linger about whether his suspicions are valid or merely a product of the ex-cop's Alzheimer-driven paranoia. ~ Nathan Southern, Rovi

There are no critic reviews yet for Cortex. Keep checking Rotten Tomatoes for updates!

There are no featured audience reviews yet. Click the link below to see what others say about Cortex!