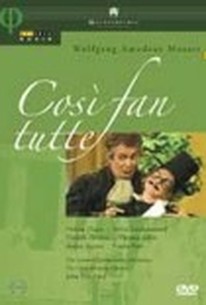 Before making the string of cannibal adventures which made him notorious, Umberto Lenzi directed three kinky giallo thrillers starring Carroll Baker (Baby Doll). This one is a bisexual round-robin, in which chemist Jean (Jean-Louis Trintignant) is married to Danielle (Erika Blanc), a lesbian who may be sleeping with Baker, who may in turn be sleeping with Trintignant. Baker is being stalked by a mysterious killer, Helga Line might be sleeping with any of them, and then there's Horst Frank, who may or may not be the killer. Everyone wants to kill everyone else, as in Trintignant's previous La Morte Ha Fatto l'Uovo (1967), and although it may not be quite as all-out bizarre as that film, it's still a lot of fun for genre fans. ~ Robert Firsching, Rovi

There are no critic reviews yet for Così dolce... così perversa (So Sweet... So Perverse). Keep checking Rotten Tomatoes for updates!

There are no featured reviews for Così dolce... così perversa (So Sweet... So Perverse) at this time.