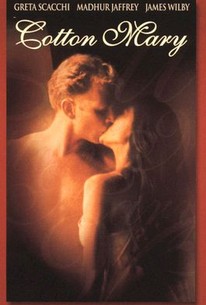 Ismail Merchant, best known as a producer for his work with director James Ivory (including Howards End and A Room With a View), takes possession of the director's chair in this drama. In 1954, seven years after India has gained independence from Great Britain, many Indians still feel like second-class citizens in their own country, as the nation's sovereignty has not immediately erased the perception that the British are superior to the Indian-born natives. Such a woman is Cotton Mary (Madhur Jaffrey), who works as a nurse for Lily Macintosh (Greta Scacchi), the wife of a BBC correspondent. Mary claims she's the daughter of a British regiment officer (although she has no firm evidence), and she sees herself as more British than Indian. While she takes offense at racist comments, she often states her belief that most of her people are unclean and dishonest, and her personal philosophy is informed by Christianity as much as the Hindu teachings with which she was raised. When Lily gives birth prematurely, Mary has to find a wet nurse for the child, and she uses this to win greater trust and confidence from Lily; in time, Mary persuades Lily to fire Abraham (Prayag Raaj), the household's loyal but proudly Indian cook, while she hides the fact that her sister Blossom (Neena Gupta) is nursing Lily's child. When not acting, Madhur Jaffrey is an acclaimed Indian chef and author, who has written a series of books on Indian cuisine; her daughter, Sakina Jaffrey, also appears in the film.

Cotton Mary, Ismail Merchant's second film as a director, puts some interestingly layered material into play, but he can't quite bring it together.

Engrossing from the first frame and written with admirable skill and insight by Alexandra Viets, Cotton Mary is a milestone for Merchant Ivory and a pleasure for the company's admirers.

Nothing is expressed directly; only the curtains move, blowing in the subcontinent wind.

A heavy-handed melodrama whose title character is a symbol with a capital S.

Cotton Mary is uncommonly well-acted and beautifully shot on location in southern India, but it's not exactly riveting.

It's as though, in documenting cultural queerness afoot, [Merchant] skipped the institution and went straight for the loony bin.

An Indian drama about the de-humanizing effects of class-warfare.

There's a definite thrill to be gained from watching elements of genre trash invade such a film.

Cotton Mary suffers from its lack of sympathetic characters, but it is still far from a disaster.

As a serious reflection on the impact of colonial exploitation on both its perpetrators and its victims, it pretty much misses the boat.

Not a fully realized film.

There are no featured audience reviews yet. Click the link below to see what others say about Cotton Mary!