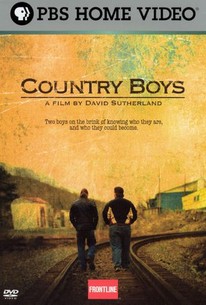 In the wake of his critically acclaimed documentary The Farmer's Wife, filmmaker David Sutherland turns his lens on two teenagers growing up in the Appalachian hills of eastern Kentucky, capturing their struggle to overcome poverty and family dysfunction. Filmed over three years, Sutherland's moving portrait of Chris Johnson and Cody Perkins is as much about their coming of age as it is about a forgotten region of America.

There are no critic reviews yet for Country Boys. Keep checking Rotten Tomatoes for updates!

There are no featured reviews for Country Boys at this time.