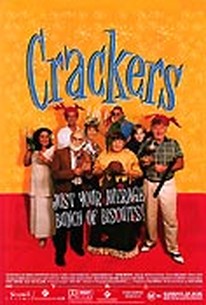 David Swann directed this Australian Christmas comedy told from the point of view of bright 12-year-old Joey Dredge (Daniel Kellie). After the accidental death of his father, Joey resents Bruno (Peter Rowsthorn), the new boyfriend of his mother, Hilary Dredge (Susan Lyons), and he has an equal dislike for Bruno's son Angus (Christopher Chapman). Friction is certain to erupt when this group gathers for the Christmas holiday with Hilary's parents -- conservative Jack (Terry Gill) and Vi Hall Maggie King). Also present is Vi's sister, the vulgar, chain-smoking Aunt Dottie (Valerie Bader). Adding to the stress is the surprise arrival of Jack's elderly and long-estranged father, Albert Hall (Warren Mitchell), who did prison time. With scarce sleeping quarters available, Joey is dismayed to learn he must share the toolshed with Albert. However, a close friendship begins to develop between the boy and the eccentric old-timer. ~ Bhob Stewart, Rovi

There are no critic reviews yet for Crackers. Keep checking Rotten Tomatoes for updates!

There are no featured reviews for Crackers at this time.