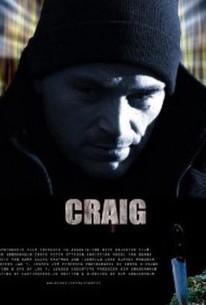 A lonely, socially maladjusted young man attempting to recover from the recent loss of his parents finds his already tenuous grip on reality steadily beginning to slip in director/star Kim Sønderholm's paranoid psychological thriller. His parents having recently died in a tragic fire, Craig clings to his childhood friend Cliff after losing the only people he ever loved in one devastating blow. But Cliff has his own problems to contend with, and when Craig loses his Lithium, his sanity quickly follows. Now, as the voices in Craig's head call on him to seek violent retribution against the women he believes have wronged him in life, the unstable loner finds himself powerless to resist their dark demands.

Lloyd Kaufman
as The Voice

Lars Bjarke
as The Bully

Manoush
as Herself
View All

There are no critic reviews yet for Craig. Keep checking Rotten Tomatoes for updates!

There are no featured audience reviews yet. Click the link below to see what others say about Craig!