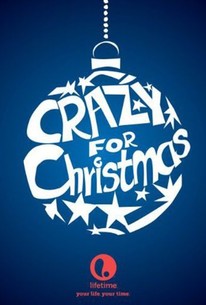 Originally titled Secret Santa, this made-for-cabe holiday treat stars Howard Hesseman as Fred Nickells, a lonely old eccentric who intends to spend Christmas Eve driving around town in a limo and tossing huge wads of money to deserving pedestrians. To this end, Nickells hires chauffeur Shannon McManus-Johnson (Andrea Roth), a single mom who'd much rather spend the Night Before Christmas with her son Trevor (Jason Spevack). Meanwhile, reporter Peter Archer (Yannick Bisson), determined to learn the motive behind Nickells' Yuletide generosity, uncovers a startling secret that could well determine the future of himself and Shannon--but will it be for the better? Chock full of cute "inside" references to earlier Holiday films, Crazy for Christmas made its Lifetime network bow on December 7, 2005.

Joe Flaherty
as Roger the Doorman

Rick Howland
as Kenny the Elf

Kelly King
as Saleswoman
View All

Critic Reviews for Crazy for Christmas

There are no critic reviews yet for Crazy for Christmas. Keep checking Rotten Tomatoes for updates!

Audience Reviews for Crazy for Christmas

Another feel-good Christmas movie. The movie is done OK, but it is basically 90 minutes of fluff - but does not have much content.

Cheesy and sickly sweet, where everybody is annoyingly perfect. The acting and direction are fine for it's TV origins. The story itself sees a slightly odd and wealthy man splash his money about. The film progresses well and gradually reveals the motives of it's characters. Yet another entertaining and sentimental Christmas movie.