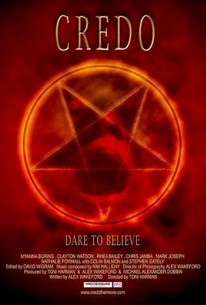 Six years after a group of London theology students took their own lives in an act of ritual suicide, five friends in search of the ultimate party pad break into the abandoned residence hall where the tragedy took place and come into contact with a malevolent force from beyond the grave. Upon discovering the grim history of their ultimate party venue, the friends realize that each one of them has heard conflicting reports about the diabolical events that once unfolded there. But how does one find out the truth about an event when the only people who witnessed it are all dead and gone? In an effort to find out some solid answers, the five friends hold a séance and attempt to contact the spirits of the deceased students. But by dabbling in the occult they have attracted the attention of the same supernatural force responsible for driving those unfortunate students to their deaths, and now that it has found some new victims the cycle of horror is about to start all over again. ~ Jason Buchanan, Rovi

There are no critic reviews yet for Credo. Keep checking Rotten Tomatoes for updates!

There are no featured audience reviews yet. Click the link below to see what others say about Credo!