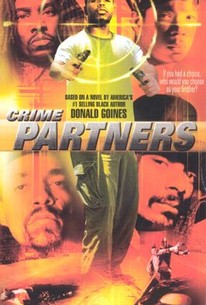 Hip hop stars Ice T, Snoop Dogg, and Ja Rule appear in this gritty drama about two young men working on the lowest rungs of a criminal syndicate. Billy and Jackie imagine that crime ought to be paying better than it has been, and they're eager to move on to bigger and better things. When the two are approached by the leader of another crime syndicate to perform a high-level assassination, they agree, but they soon bring chaos to their neighborhood and a world of danger upon themselves. Crime Partners was the debut feature from director J. Jesses Smith; the film was based on a novel by Al C. Clark, a pen name for the controversial African-American author Donald Goines.

There are no critic reviews yet for Crime Partners. Keep checking Rotten Tomatoes for updates!

There are no featured reviews for Crime Partners at this time.