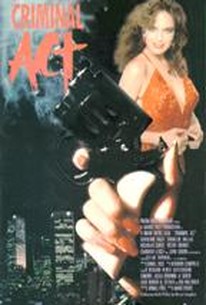 In the quest to find out whatever prompted a rat to emerge in their newspaper's bathroom, Pam Weiss (Catherine Bach) and Sharon Fields (Charlene Dallas) head down to the tunnels that begin in their building's basement. They imagine all sorts of scenes from horror movies, but instead discover a bunch of murderous real-estate developers. Their delectable looks notwithstanding, the two newswomen show off some admirable martial arts skills as they stop the bad guys from having their way with them.

There are no featured reviews for Criminal Act at this time.